This is Aalto. A Professional theme for
architects, construction and interior designers 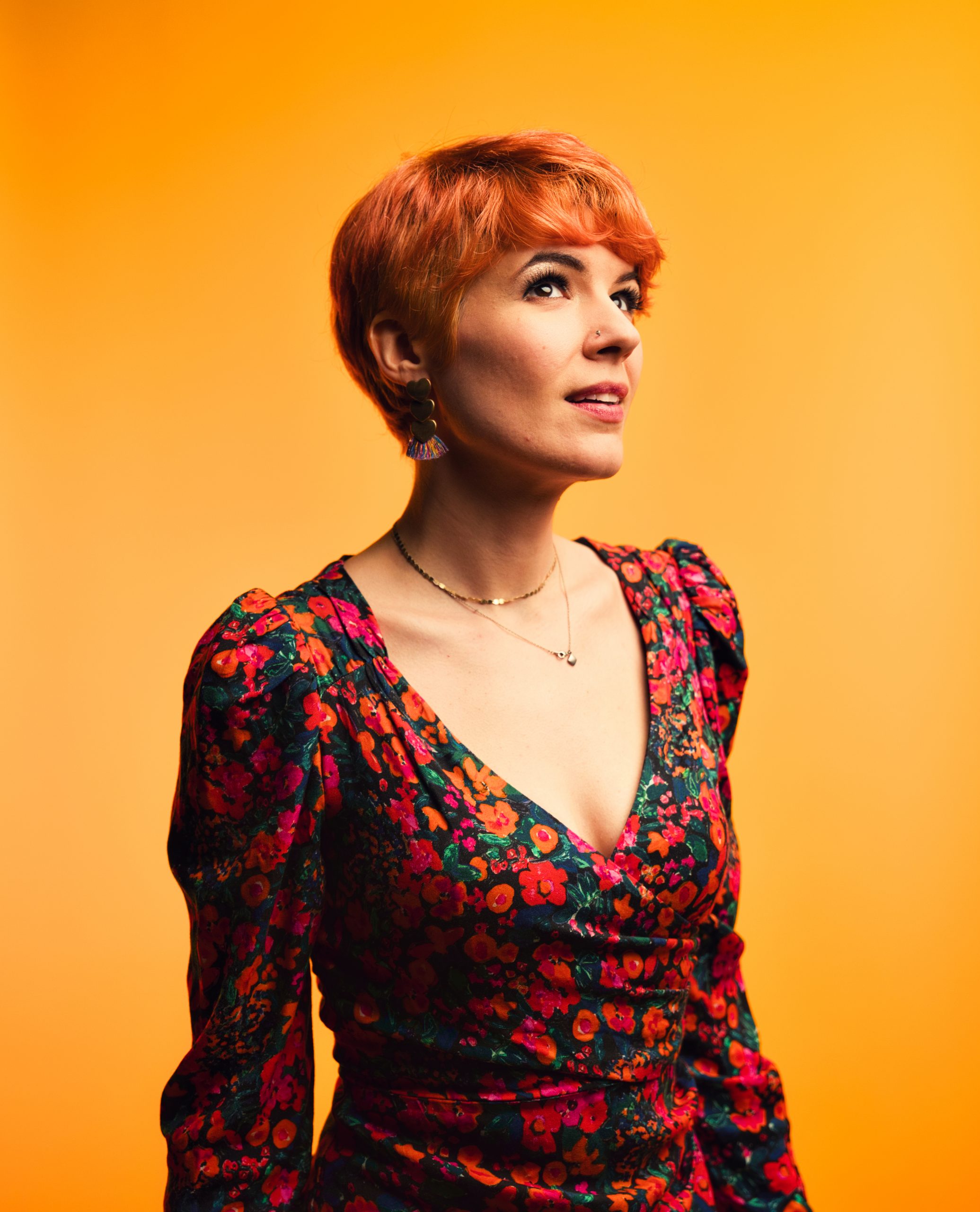 Experimenting with Light feat. Belle Eclair, the Fuji GFX50S, and the Canon R5

by Logan Bowes
Portrait Session
[ohio_banner block_type_layout=”inner_hover” block_type_full_align=”center” use_link=”0″ overlay_color=”rgba(52,52,54,0.9)” title=”Experimenting with Light” subtitle=”feat. Belle Eclair, the Fuji GFX50S II, and the Canon R5″ background_image=”19000″ title_typo=”null” subtitle_typo=”null” description_typo=”null”][ohio_text text_typo=”null”]I collaborated with my friend, Belle Eclair, on a portrait session at the Dodd Camera studio where the focus was on experimenting with various lighting setups. We spent about 3-4 hours and shot photos in 6 different lighting setups. I used the Fuji GFX50S II for all but one of them, the latter being the Canon R5 as the camera of choice.

If you’d like to skip to the good stuff, at the bottom is a link to the full resolution images so you can see them in their full detail.

Much like my last endeavor with the GFX, this one was only made more palatable by the fact that I had this studio shoot to myself and I had the full cooperation of the subject.  During the PhotoJam, it was mostly a free for all and I snapped photos when I could and the GFX had trouble keeping up.  That felt a lot more like an action portrait session, and due to the GFX’s ergonomics, button layout, and contrast-based autofocus, it was not the performer I wish it was.

In this more controlled setting, however, it performed admirably.  Partially due to the subject and the type of shoot, and partially due to having used the GFX before and knowing what to expect. As I said before, when you hit your focus and nail your composition and light, the rewards from the GFX far outweigh the drawbacks the camera has.  This session was no different.

The goal was to get some stunning imagery while playing with light and color.  Let’s start with the photos that weren’t from the GFX. I initially wanted to take some gritty low wide-angle shots of Belle with a spotlight on to have her shadow cast on the cyc wall behind her.  I used an Aputure 300D with a Fresnel mount to get the spotlight and I used the Canon R5 with the Canon EF 11-24mm f/4 to achieve the photo.  The reason I opted for the R5 over the GFX was for one reason: wide-angle lenses.  The GFX system just doesn’t have a truly wide-angle lens for its medium format cameras and I really needed an ultra-wide for this shot, thus the R5 and the iconic 11-24mm was my choice.  It required a lot of post-processing due to the lens distortions and the fact that this lens was so wide I couldn’t avoid capturing the roof of the studio from the low angle.  It was easily the most challenging shot of the day, but we knocked  it out first.  I’m very pleased with the results![/ohio_text][ohio_gallery gallery_grid=”Minimal” columns=”1-2-1″ content_images=”19038,19039″ caption_typo=”null” gallery_title_typo=”null” gallery_caption_typo=”null”][ohio_text text_typo=”null”]From this point forward I switched and stuck to the Fuji GFX50s II. Using this camera in this setting is something I’ve been waiting a very long time for.  It helps that Belle is a seasoned actress and performer and I had to do very little direction to get her into poses that worked for her which allowed me to focus more on operating the camera to its best potential.

For our first lighting setup we opted to use my Nanlite FS-300 with the Phottix 150 5′ softbox as the key light.  I love this combo, it produces absolutely stunning images and today was no exception.  For the background, however, I used two Nanlite Pavotube 30X RGB tubes to independently light the left and right side of the walls.  I’ve used tube lights in the past and been very impressed with them, but using these 4′ lights I was really REALLY impressed with just how much brightness and coverage they provided on the cyc wall in the studio.  I did not expect them to provide this much fill, but alas, they very easily turned the white wall into an RGB playground.  Here are the selections from that set.[/ohio_text][ohio_gallery gallery_grid=”Minimal” columns=”1-2-1″ content_images=”19019,19018,19017″ caption_typo=”null” gallery_title_typo=”null” gallery_caption_typo=”null”][ohio_text text_typo=”null”]The next set up was an easy one, as we simply switched off the FS-300 and bumped up the Pavotubes to light her in RGB lighting.  There were tons of great photos, but a lot of them were redundant of the set above, so I only opted to edit two of the photos.  Here they are[/ohio_text][ohio_gallery gallery_grid=”Minimal” columns=”1-2-1″ content_images=”19026,19027″ caption_typo=”null” gallery_title_typo=”null” gallery_caption_typo=”null”][ohio_text text_typo=”null”]The next couple of setups we went dark.  Literally.  We shut off all background lights and ambient lighting in the studio and used just the FS-300 and I placed it directly overhead of Belle using a boom arm.  This created a very dramatic look.  Belle’s personality is very bubbly and effervescent so this setup was a bit of a departure and to be honest, they were somewhat difficult to edit.  There were a lot of different directions I could have gone.  Some of them worked, others didn’t.  Ultimately I settled on these two images.[/ohio_text][ohio_gallery gallery_grid=”Minimal” columns=”1-2-1″ content_images=”19033,19034″ caption_typo=”null” gallery_title_typo=”null” gallery_caption_typo=”null”][ohio_text text_typo=”null”]I really love how the 2nd one turned out.  I have to take a moment to give a lot of credit to Skylum’s Luminar Neo as the editing suite I chose to tweak these photos.  There isn’t full support for the GFX system yet, but it did wonders with the colors and the details within these RAW files.  Luminar Neo has a collection of templates, too, that include filter effects which is what I used for the 2nd photo with the refractions.  The thing about Luminar that I love so much is how seamless their automated features work with your images.  Other products will give you the options but it just looks phoned in and hokey, but with Luminar, it looks like you actually created these effects in-camera, and that’s really impressive. It opens up the editing creativity even more and I applaud them for that.  I think of all the photos I’ve shot during this session that second one with the refraction is maybe my favorite.

For the next setup I used an RGB sun lamp I was gifted by my co-worker for our secret Santa party.  I wouldn’t initially use it, but I noticed literally a day earlier that Phottix was releasing the exact same item and marketing it as a photographic tool, so I thought “let’s give it a shot”.  It was not bright, it was hard to control, and it is not really a great photographic tool, but I did manage to squeak out this photo which turned out pretty good, I think.[/ohio_text][ohio_gallery gallery_grid=”Minimal” columns=”1-2-1″ content_images=”19036″ caption_typo=”null” gallery_title_typo=”null” gallery_caption_typo=”null”][ohio_text text_typo=”null”]For the 6th and final setup we went with a standard headshot/portrait setup.  We used a Superior Forsythia Yellow seamless backdrop which I accented to be a little more vivid by color matching the Pavotubes to them. One of the best functions of an RGB light is the ability to match the color of your background to bring it to life even more.  Often times hitting it with white light to make it look even can cause the colors to desaturate, and the RGB just makes them lusher.  I love it!

We turned the FS-300 back on as the key light and we got back to work.  Here is what we came up with![/ohio_text][ohio_gallery gallery_grid=”Minimal” columns=”1-2-1″ content_images=”19041,19042,19043,19044″ caption_typo=”null” gallery_title_typo=”null” gallery_caption_typo=”null”][ohio_text text_typo=”null”]Special appearance by Dobb the Dog at the end there!  Phew, that’s what we got and I’m so thrilled with the results.  As per usual, browsing through this website does not do them justice, you really need to see them up close in full resolution to get the most appreciation for the cameras and what they’re capable of. For that, you can click the link below!  Thanks for reading and viewing!  If you’d like to setup a portrait session, I’d love love love to be your photographer.  Reach out to me via email at logan.bowes@gmail.com and let’s work together to bring your vision to life![/ohio_text][ohio_call_to_action icon_use=”1″ icon_position=”right” title=”JTNDYSUyMGhyZWYlM0QlMjJodHRwcyUzQSUyRiUyRnd3dy5kcm9wYm94LmNvbSUyRnNoJTJGMTRrNDdvbjIwYWZpNHp0JTJGQUFCZEJHejFaemt1OUFZb1NHWGxzWXBWYSUzRmRsJTNEMCUyMiUzRSUzQ2ZvbnQlMjBjb2xvciUzRCUyMndoaXRlJTIyJTNFQ2xpY2slMjBoZXJlJTIwdG8lMjB2aWV3JTIwdGhlJTIwZnVsbCUyMHJlc29sdXRpb24lMjBpbWFnZXMlM0MlMkZmb250JTNFJTNDJTJGYSUzRQ==” title_typo=”null” subtitle_typo=”null” readmore_button=”type=default&size=default” link=”url:https%3A%2F%2Fwww.dropbox.com%2Fsh%2F14k47on20afi4zt%2FAABdBGz1Zzku9AYoSGXlsYpVa%3Fdl%3D0″ icon_as_icon=”linea-basic-link”]

Logan Bowes has been a freelance videographer and photographer for over 10 years. He currently freelances and works full time at Dodd Camera in Chicago, IL. He is a gear nerd and won't stop talking about it, hence this blog. He has worked with several high-profile clients throughout his career and loves the craft of creating a compelling image. His daily driver is a Fujifilm X-T3. He lives with his finaceé Nevine and their dog Lemon in Lakeview.